I find it amazing how many YouTube clips DVDs have atrocious sound where a built-in microphone is used or a camera mounted microphone is placed 2 or 3 meters from the subject.  The result is predictable, echoey, low volume, poor signal to noise ratio, lots of background and environmental noise and a lack of tone.

It doesn't require a studio or exotic equipment to achieve quality sound recordings it only requires a little understanding to easily achieve good quality audio on a budget.

There are other considerations but they generally build on these three principals. So here we go.

When choosing a microphone look at a studio style cardioid microphones with a large diaphragm.  Choose a condenser over a dynamic microphone.  Don't choose microphones that are used for live performances as they are tweaked for high sound pressure environments and feedback resistance and as a result they are not particularly sensitive nor could you say they are hifi.  So avoid microphones such as the SM57 and SM58. 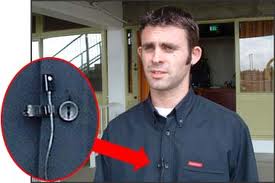 There are many different patterns, but it is important to have a basic understanding of the standard patterns.

The Cardioid pattern is found in most microphones.  the advantage of the Cardioid is that it mainly picks up sound from directly in front of the microphone and less pick-up from the sides and little or none from behind.  The Cardioid pattern helps to reduce environmental noise and the best method is the point the back of the microphone and the noisiest location within the area you are recording therefore reducing the amount of noise being recorded. A cardioid microphone will be the most useful pattern for recording in and outside of a studio.

Omni-directional microphones pick up sound from all directions and unless you trying to capture a sound scape or are recording several actors doing a play/narration this pattering is very useful.

A switchable microphone will have the above patterns.

Windshields and pop filers come in many styles from the fluffy "dead cat" to shield against wind in outdoor settings to foam covers.  The type we are referring to us a round hoop covered in a stocking type of material [above image].  This type of shield will provide the greatest amount of positioning  flexibility so as to achieve the best result.  The other advantage with this style of shield is that is has a minimal impact on altering of the speakers voice.

Some people prefer not to use a shield and in that scenario they tend to place the microphone off-axis to the speakers mouth.

The down side to this is a reduction in the bottom-end frequency range.  Using off-axis microphones to avoid wind blasts and pop in  are designed to be used head-on and when using an off-axis microphone you loose a lot of the functional character of the microphone.

It is tempting to plug the microphone directly into the computers microphone input but don't do it.  If you want to achieve high quality audio recording you will need a Digital Analog Converter (DAC).

In a nutshell DACs are a USB input and output audio interface and are designed to provide quality audio in and out from your computer.  That being said there are many DAC devices on the market offering different level of quality and affordability.

Some good DACs to consider are:

If you can afford a digital audio interface then use a USB Microphone such as EditorKeys SL300 or the Blue microphones Yeti or Spark or one of the Samson USB microphones.

Do use a microphone stand either floor or desk mounted. If you are wanting to desk mount, look at the articulated arm microphone stands similar to the ones used by radio stations such as the Rode PSA1. It will make it easier to get the microphone into the best position.

If possible use a mobile sound booth such as EditorKey’s portable vocal booth. You will improve the sound quality by using a mobile boot or adding soft materials around the microphone.

Don’t use microphone without a shock mount.

Don’t use paper as it is noisy. If you must use paper, make the print large and place it to the left or right of the microphone so the impact of the paper sounds are reduced.

Use an iPhone, iPad or tablet as a teleprompter. Teleprompters are also very useful in maintaining a good rhythm and pace. 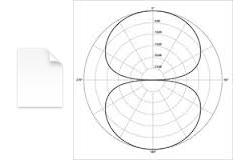 This method works best when using a figure 8 patterned (bi-directional) microphone. Place the paper where the two circles meet in the figure 8, this way the noisy paper in is the microphone’s dead spot.